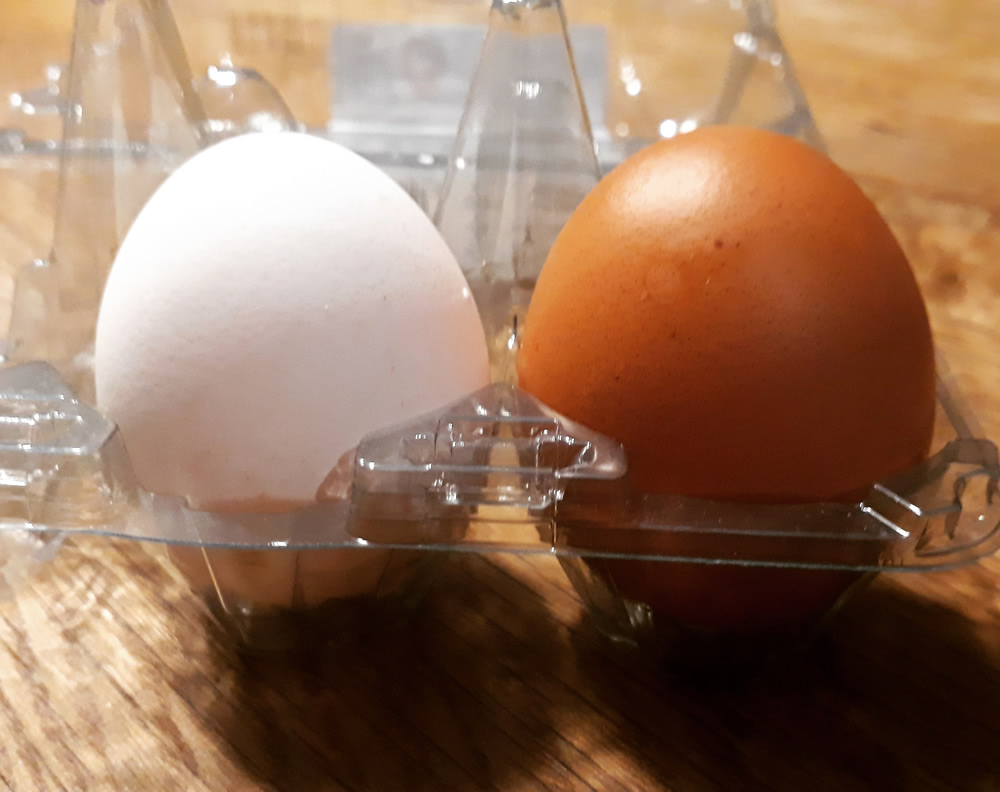 What do you notice about these two eggs?

In the classes this week, the children identified:

I then asked the children if they thought the white egg had a white yolk and the brown egg a brown yolk. This was the conversation that followed:
Kids: No, of course not!
Me: But are you sure? Surely, they must be different on the inside if they are different colours on the outside?
Kids: No, they both have a yellow yolk and slimy white around.
Me: But why would they be different colours on the outside if they are not different on the inside?
One kid: Mmmmm…. Well, maybe the white egg is chocolate on the inside.
Another kid: Maybe there are sweets on the inside?!
Rest of the kids: No, it’s the same on the inside. Yellow yolk and white slimy part.
Me: Should we crack them open and see?
Kids: (loudly) YES!

We then moved into a simple sound awareness exercise, using bird sounds as the focus. I showed the children the beautiful SAPPI Callfinder book and we had lots of fun listening to and identifying different bird sounds.

We also practised some calming breathing exercises as well as sharing the mantra “I give you peace” with each other as we passed the Hoberman Sphere around the circle. Beautiful energy.

The younger children then listened to Fly Eagle Fly from the Mindful Moments for Minis album. The older children continued with their mosaic pictures while listening to the beautiful rain outside. We were having such a wonderful time in the cosy studio that I didn’t see the time and finished a bit later than usual – apologies for that!

So, some very special lessons this week, inspired by Mandela Day (18th July) last week and our former great leader’s vision to build a South Africa inclusive of all people, irrespective of their skin colour.

“We enter into a covenant that we shall build a society in which all South Africans, both black and white, will be able to walk tall, without and fear in their hearts, assured of their inalienable right to human dignity – a rainbow nation at peace with itself and the world.”
Nelson Mandela, Inaugural Address, Pretoria 9 May 1994.