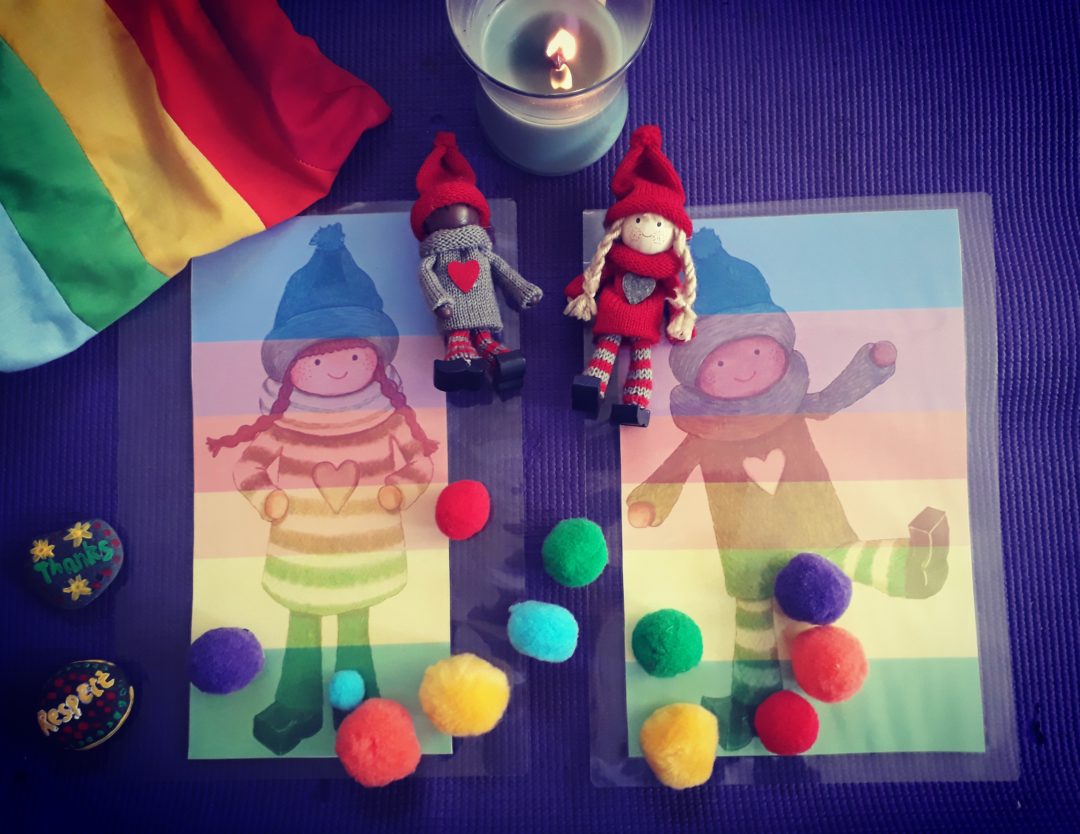 Gratitude.
It’s a hard one for young kids.
It doesn’t come naturally to them.

I was speaking to a good friend of mine recently, pondering the idea of grateful children. And she said that it is part of our role as parents and/or teachers to teach our children the concept of gratitude and how to be grateful.

I have always felt that a moment of giving thanks can be a moment of mindfulness. To stop, breathe and bring awareness to the heart-center as one offers thanks. So, this week in Mindful Minis we spoke about gratitude and giving thanks.

We spoke about the different things that one can be grateful for such as people, weather (it was raining during some of the classes!), animals and wildlife, places, things and experiences to name a few. We spoke about the different ways in which we can show our gratitude – by saying the words “thank you”, by giving someone a hug, by writing a “thank you” note, by saying a prayer. We also discussed that even planting a tree can be a way to say thank you to the environment and Mother Earth for all she provides for us.

With the 4 – 8 year olds, we discussed how sometimes our immediate response to something is that it is not the exact way we want it. It feels that it is not good enough and we end up moaning about it. I gave the kids a little bit of homework and asked them to note the next time they found themselves in that situation. I asked them to stop, breathe and then think about how it would feel if they didn’t have that thing at all. I said they could carry on moaning after that if they wanted to, but I wanted them to take a moment and think about not having the certain thing. I am eager to hear what feedback I get next week!

We then played a fun, gratitude game. We passed around a bag of coloured pom poms. I had colour-coded different parts of the body of my Kindness Elves so as each child picked a pom pom from the bag, they chose a body part on the elves that matched that colour band. They then expressed why they were thankful for that body part for example “I am thankful for my ankle because it helps me to bend my foot to run fast!”.

I then took the game a step further and I asked the children to focus all their attention onto that body part. I asked everyone to close their eyes and draw all their awareness and energy to only that particular body part, nothing else. I encouraged the children not to imagine that body part as an image in their minds but to actually move their existence into that body part. This is not an easy thing for kids to accomplish but some of the children responded well and afterwards commented on how they felt a “puffiness”, “swelling”, “large-ness”, “tingling feeling” in that part of the body. Wow. That felt to me like they had really been able to bring all their awareness into that part of the body. Wonderful stuff.

With the younger children, we listened to the lovely track “Peace and Quiet Mountain” from Beaming Kids for our meditation. With the older children I did a sound awareness exercise. And the weather outside played along so well! Loud, strong winds. The smell of rain. The noise of the rain on the windows. Strong sensory input but yet calming. The wind would move in cycles, building up in energy and volume and then subsiding for a bit. It repeated this cycle a few times. I explained to the children that life can be like that. At times, things can feel very overwhelming and frightening like the strong, loud wind but then something shifts and things change. Life feels kinder, more peaceful like the softer, gentler wind.

For the mindful artwork this week, the kids made Gratitude Collages. They had lots of fun finding pictures in old magazines of things they are thankful for. It was very special to see delight on their faces when they found a picture showing something they love. There was much wild cutting and sticking but I reminded them that a collage is meant to be messy! The cutting doesn’t have to be neat and the pictures don’t need to be straight. There were some wonderfully creative results that the children felt very proud of.